SUNARMA are an established charity who work to aid farmers and citizens of Ethiopia. ‘Action Ethiopia’ (AE) is the UK arm of the charity.

AE had an existing static-built website which had started to look a bit dated. Being non-CMS (Content Management System) based, they were also finding it hard to control their content, and so approached SWS about designing a new, more modern version of the website.

As our websites are built through a CMS called WordPress, the immediate advantage of the new website is that it allows the charity to update their own content freely, whenever they choose.

The website also showcases some of the good project work the charity is doing in Ethiopia, with case studies detailing some of the people they’ve managed to help.

It has been a pleasure to be involved with a charity doing such good work, and we wish them all the best as they continue to help those in need. 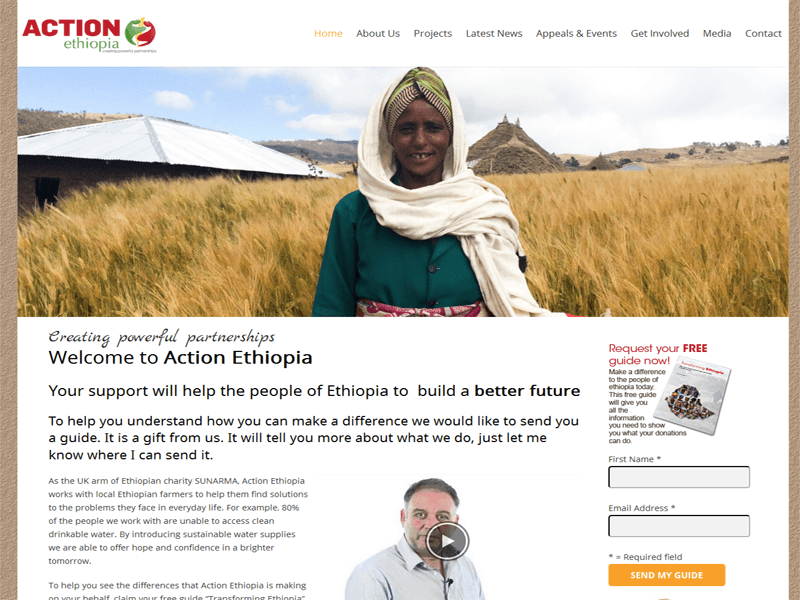 Recent Posts
TAKE A LOOK AT
OUR PORTFOLIO